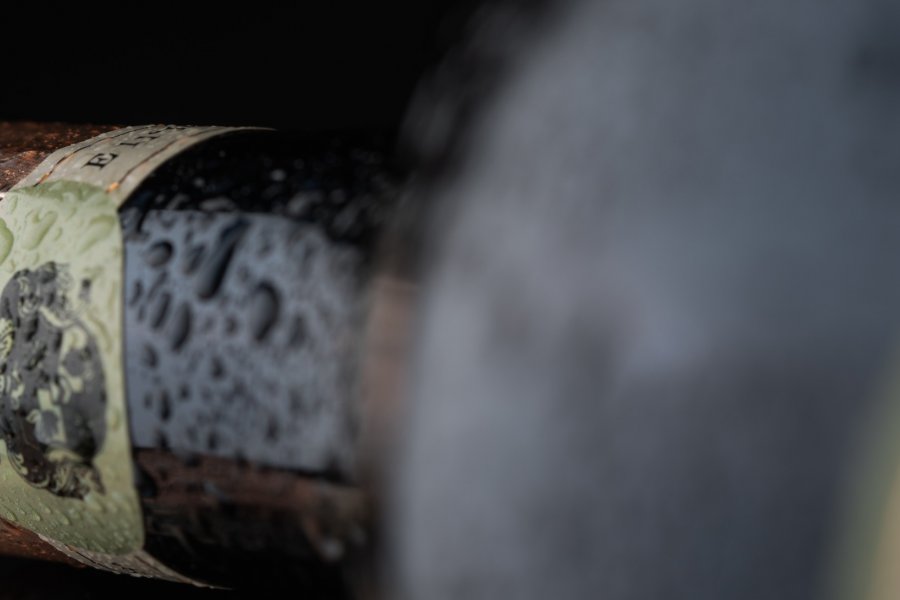 Michael always dreamed of a round bodied bottle. Everyone tried to dissuade him. He wanted it anyway. And then he found it. The bottle of the Lamm N° 12 is eye-catching and very special: with 850 grams of weight and its black glass, however, it adds a lot of extra work for a traditional method bottle. But let's take a step back. After the first attempts to induce the second fermentation of the cuvée from the base wine, Michael and his oenologist Stefan went to San Michele to meet a well-known oenologist and sparkling wine expert, for advice. At the laboratory, the oenologist knocked the ideas of the young men on the head. Frustrated and disappointed, Michael and Stefan drove across the Non Valley to the village of Laurein, where they wanted to plant Pinot Meunier at 1,000 metres above sea level. Once there, they were above all thirsty. And so it happened that 10 beers after, Michael said to Stefan: "Those gentlemen can get lost. We'll do it our way anyway." Today, Michael is still convinced that this was the best decision. 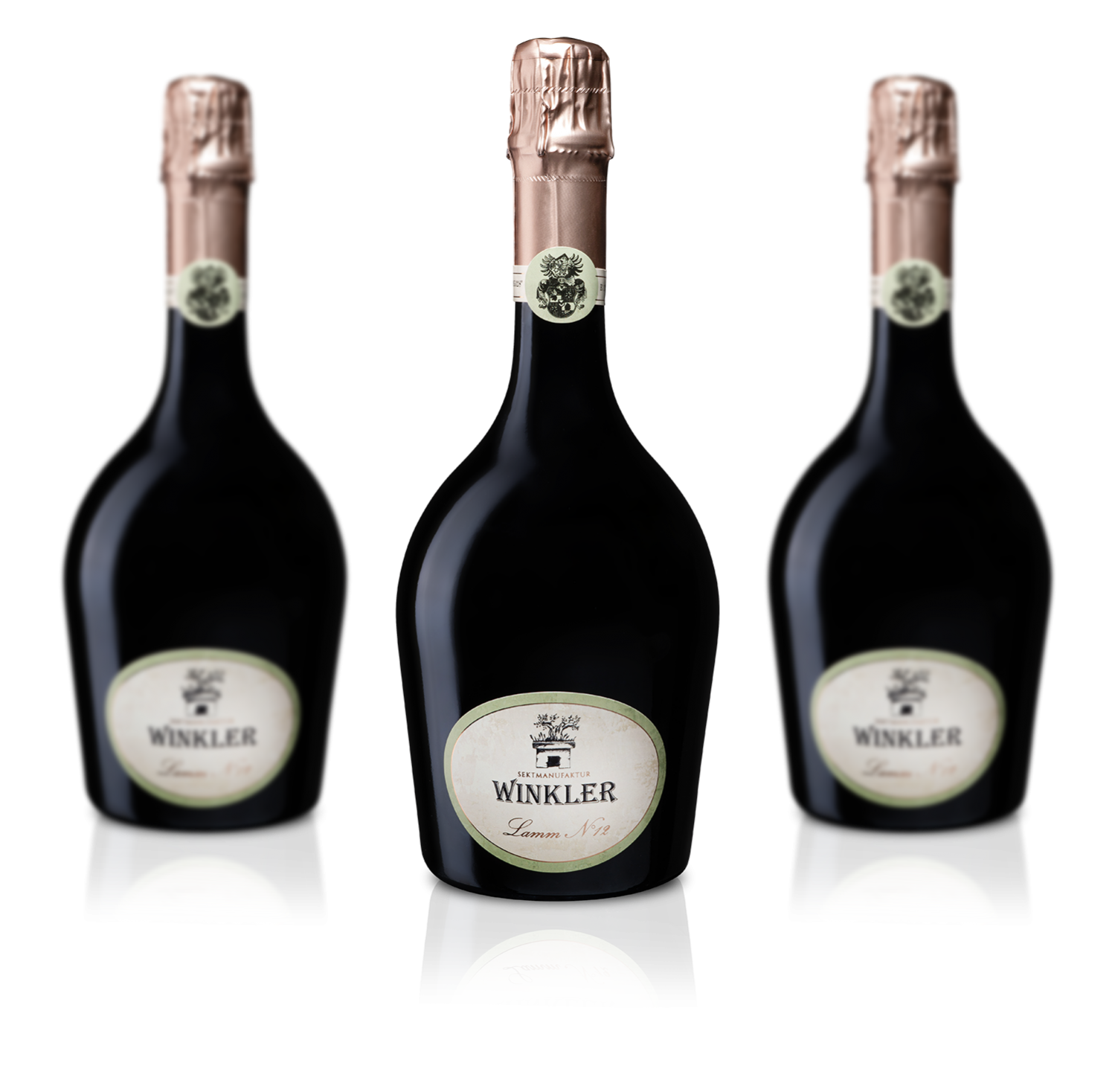 Compared to the original Winkler sparkling wine, the Lamm N°12 has a new bottle shape and a new label. The family crest that adorned the earlier bottle has moved to the neck, on a banderole, similar to the ones used for cigars. Here, too, the rule is that everything the Winklers do must have a connection to the business. Fancy graphics were and are out of the question. Verena is responsible for the creative output.

One day, when Michael went to the civic amenity site, he noticed the discarded cardboard boxes. "What a waste!" he thought to himself. "Surely this is not sustainable!" He decided that his customers should enjoy his wine boxes too. The box should be of such high quality that it can be displayed openly in the wine cellar and act as a furnishing detail. When the bottles inside are empty, the box can be used for example to hold Christmas tree baubles, ties, socks or underwear. The main point is not to throw it away. This is why both the sparkling wine Lamm N°12 and its packaging is of such high quality: six bottles each find space in a box on one level. Skilfully decorated with pastel-coloured roses, designed by Verena herself. The roses are a consistent concept, as they are closely linked to viticulture. Traditionally, they are planted at the head of the vine rows to give timely warning of mildew. Moreover, they are simply aesthetically beautiful plants. 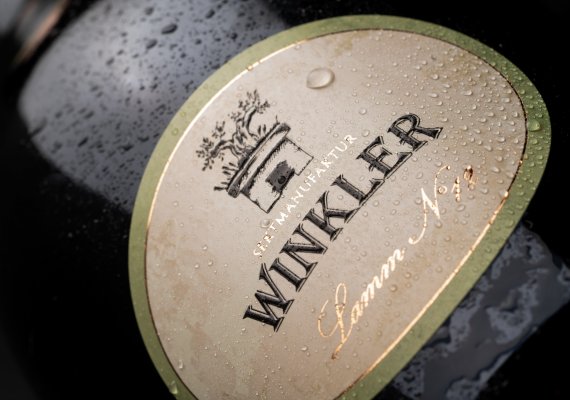 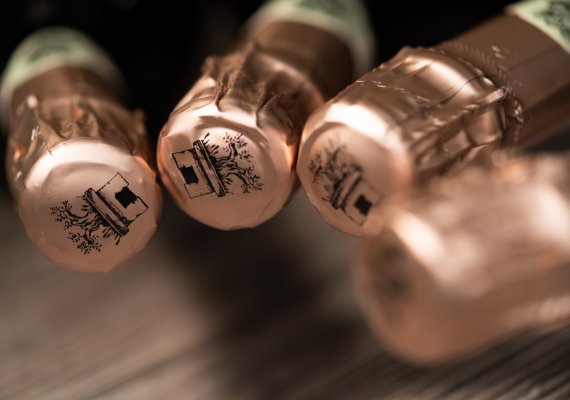 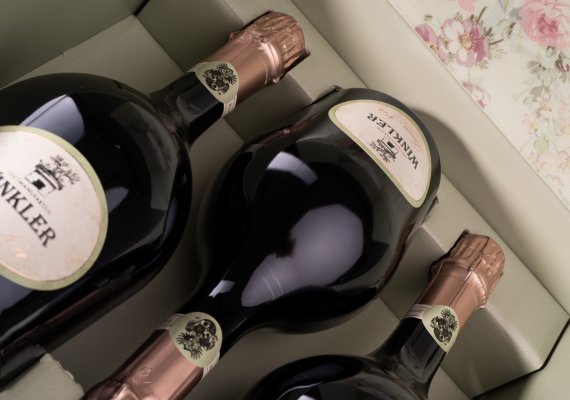 Verena and Michael wanted to give their products more appreciation and sustainability, also due to the Corona pandemic and the resulting raised consciousness This project has been a complete success! Apart from vinotheques, which sell the product in the box, the restaurants put the boxes aside and Michael - mostly - retrieves them. Not only the Winkler sparkling wine is very popular, the packaging is also convincing because it is very sustainable. A reusable cardboard box, so to speak. 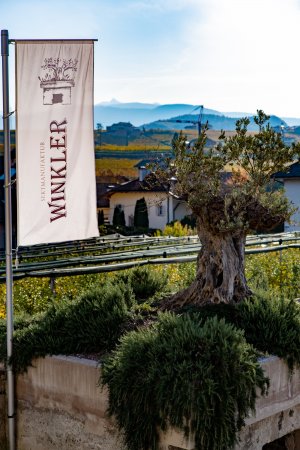 An olive tree on the roof

The shack in front of the Winklers' private house at Lammweg N°12 is a housing for a deep well. Until the 1960s, the shack served as a workshop for a blacksmith. After the blacksmith downed tools, the shack was used as a storeroom. Since Michael worked for years in the plant wholesale business and he regards the olive tree as the most beautiful plant of all, he decided one day to plant an olive tree on the roof of the shack. Not only does it look Mediterranean and exude a certain lightness, but Michael "has a good feeling" about olive trees. A tree whisperer? Why not!

Available at the winery and in selected wine shops since 29 March 2021.