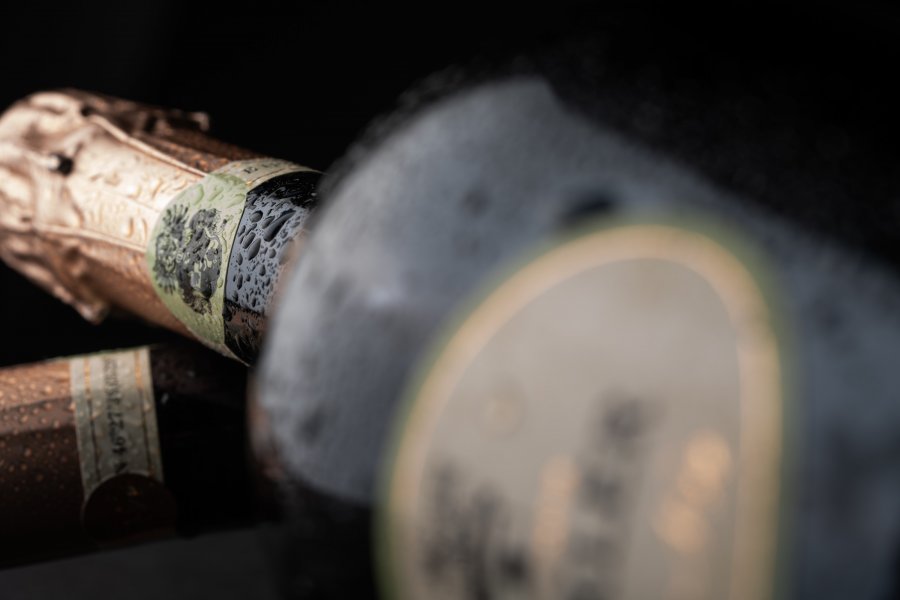 In 1977, the first cork popped off in the Winkler sparkling wine factory, which at that time was just called Winkler. Father Helmuth, a small winegrower, was never interested in producing still wine. Although he delivered some of his harvest to the Cornaiano cellar cooperative, he was not satisfied with that. He wanted more: to produce his own sparkling wine.
Like many winegrowers from South Tyrol and Trentino, Helmuth attended the agricultural high school in San Michele at that time. There, in Trentino, he became enthusiastic about sparkling wine. Until then he had no connection to it, because there was no sparkling wine production in South Tyrol at that time. During his studies, he was so intrigued by sparkling wine that, he went on trips to the Champagne region together with San Michele director and later mentor Dr. Spagnolli to get inspiration. In the early 1970s he began to ferment small batches of sparkling wine in the bottle at home. At the beginning fermenting only pure Pinot Blanc, since the credo at that time was no blends! Some time later, the enterprising Helmuth created a second line, which included Chardonnay in barrique, as well as a rosé made from 100 per cent Pinot Noir. After founding the winery, Winkler had a production of about 6,000 bottles, which has slowly increased over the years. Shortly before Helmuth's passing, the winery reached an annual production of about 20,000 bottles. 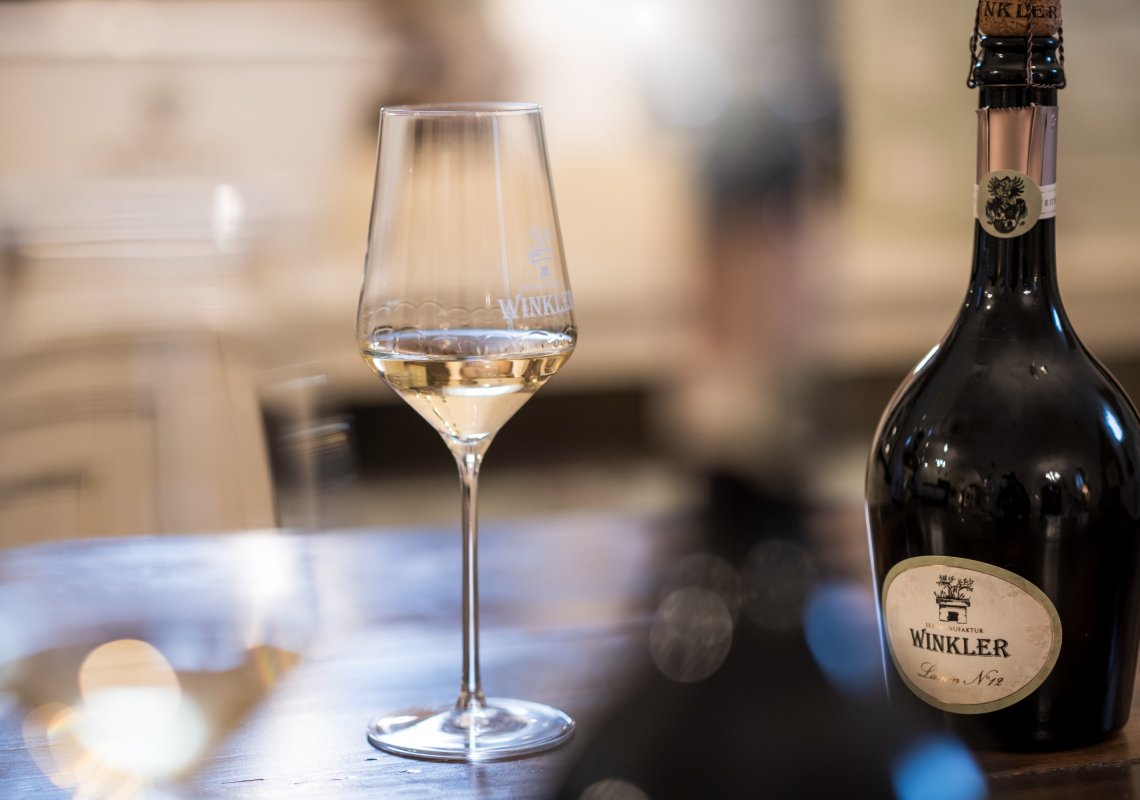 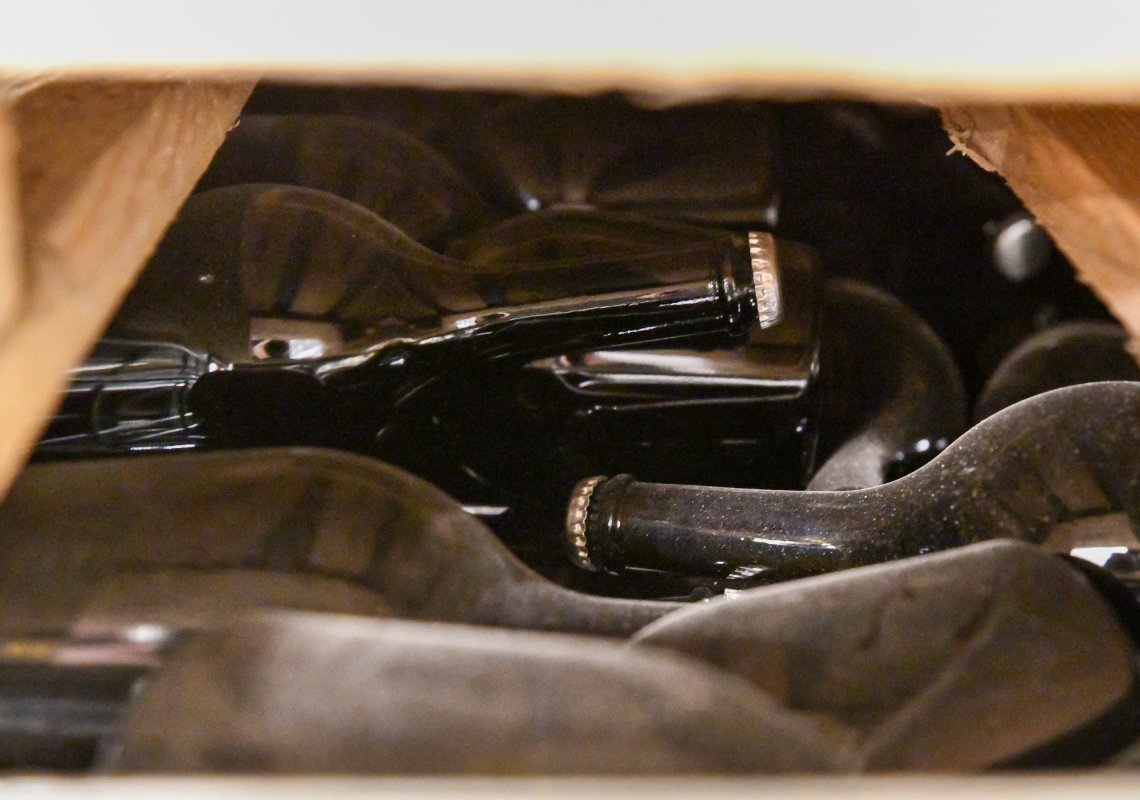 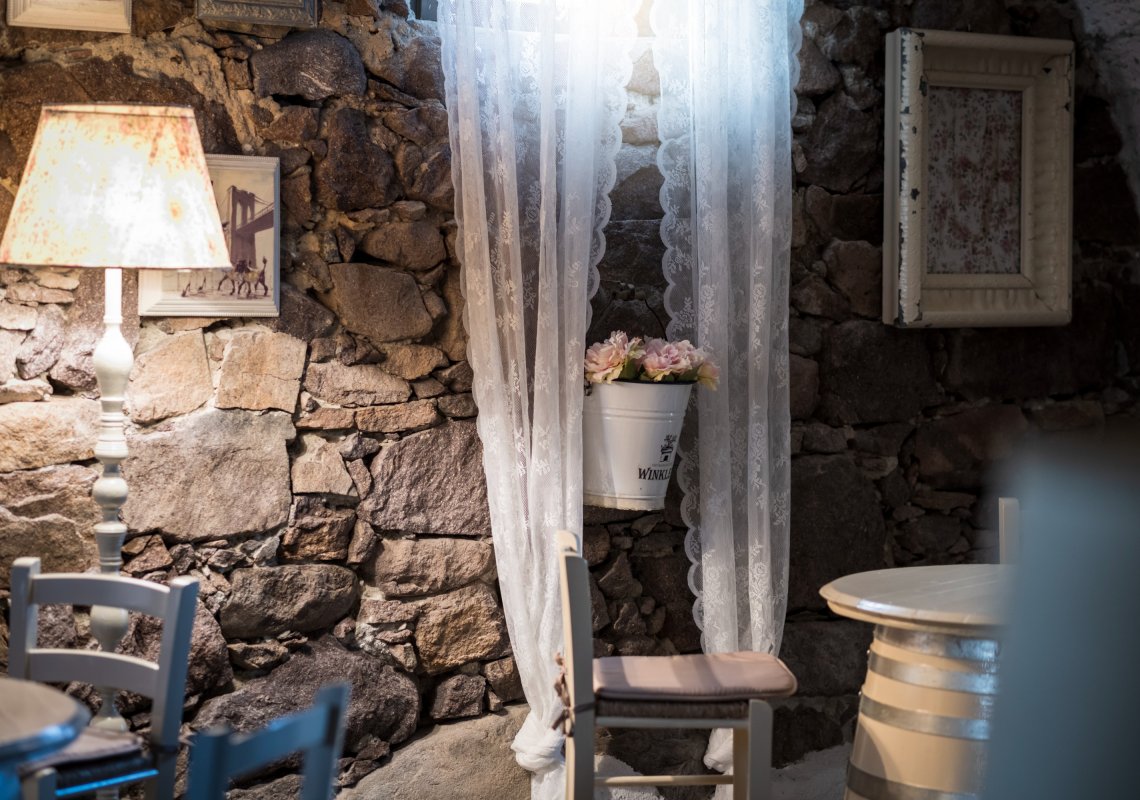 Michael produces his sparkling wines from cuvées, blends of different grape varieties. He wants to go his own way, not copy his father and give the products that leave Lammweg No. 12 his own signature.
Michael has revived the sparkling wine cellar in the second generation; the third is already in the starting blocks. From an early age, he inherited a passion for sparkling wine. He helped his father with filling, stacking, remuage, everything. Michael attended the agricultural high school in Ora. When he was barely 18 years old, the family thought about building a wine cellar on the farm. In the long term, still wine should also be produced. Unfortunately, Helmuth fell seriously ill and so the sparkling wine cellar was abandoned in 2001. The premises of the former winery were rented and the owner wanted to sell the entire property (at that time, the tenancy agreements had a term of only one year). And so the Winkler sparkling winery fell asleep. However, the sparkling wine ran in Michael's blood and he had plenty of patience. He left the business for a while and ended up in sales and marketing, but with the aim in the background to re-establish the winery one day.

Then, in 2017 the turnaround came. Michael decided to breathe new life into the Winkler sparkling wine cellar. However, there were many questions to answer beforehand: What do I want to do? What kind of product do I want to make? It was important to Michael to have a product with his and his family's signature. At the same time, the product should have a certain recognition value and a unique selling proposition. Above all: highest quality!
Michael thinks quality is measured in high drinkability, a clean mouth, well-integrated carbonic acid. The nose of the sparkling wine should be redolent of green apple and peach, not of yeast or brioche, at most in the background. His sparkling wine should be harmonious all around. But how to achieve that goal? With the help of Stefan Donà, one of South Tyrol's up-and-coming young cellarmasters. Michael and Stefan have known each other since the days of Michael's cocktail bar in Cornaiano (we won't tell any reader the exciting details) and so it happens that Stefan, shortly after completing his studies, gives Michael an energetic and meticulous hand. Together they began to tinker with the sparkling wine, bottling micro vinifications and constantly informing and training themselves. As soon as word got out that something was up at the Winkler, many of his father's companions approach Michael to give him advice and support. Most of them were Helmuth's old school colleagues from San Michele, some of whom now run sparkling wine businesses in Trentino themselves. Help at the right time, you might think, but what did Michael do? He turned down any outside advice. He wanted to find his own style, his own "typicality". That's why he teamed up with a young consultant. Because it became clear to Michael that "grey eminences" who have been producing sparkling wine for 40 years would not pursue independent and new paths with him. He wanted an advisor at his side who was willing to experiment and take risks. So the two friends sat down together and defined a course of action that would last for decades to come. Underlying the pursuit of quality is the systematic and meticulous work that the two share: If they have even the slightest uncertainty, they ask 10,000 times before implementing anything. In addition, there were conversations and exchanges of ideas with "young" fellow students of Stefan Donà, such as Gabriele Furletti or Marco Comai (both from Trentino). There is a special connection with Mario Pojer, who advised Michael and Stefan considerably on their implementation.